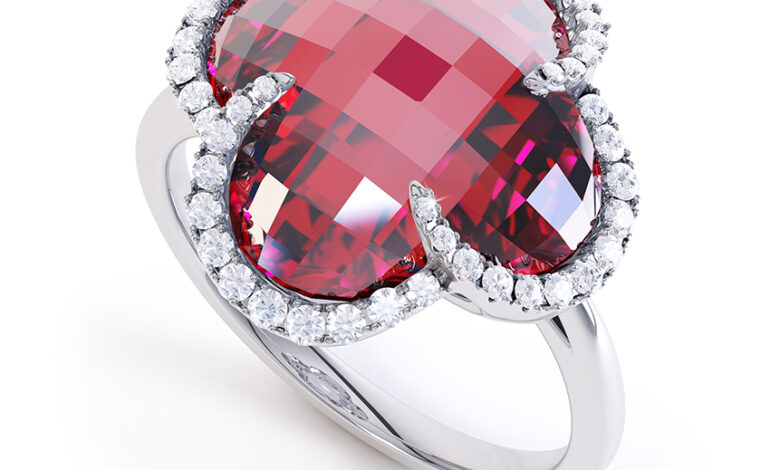 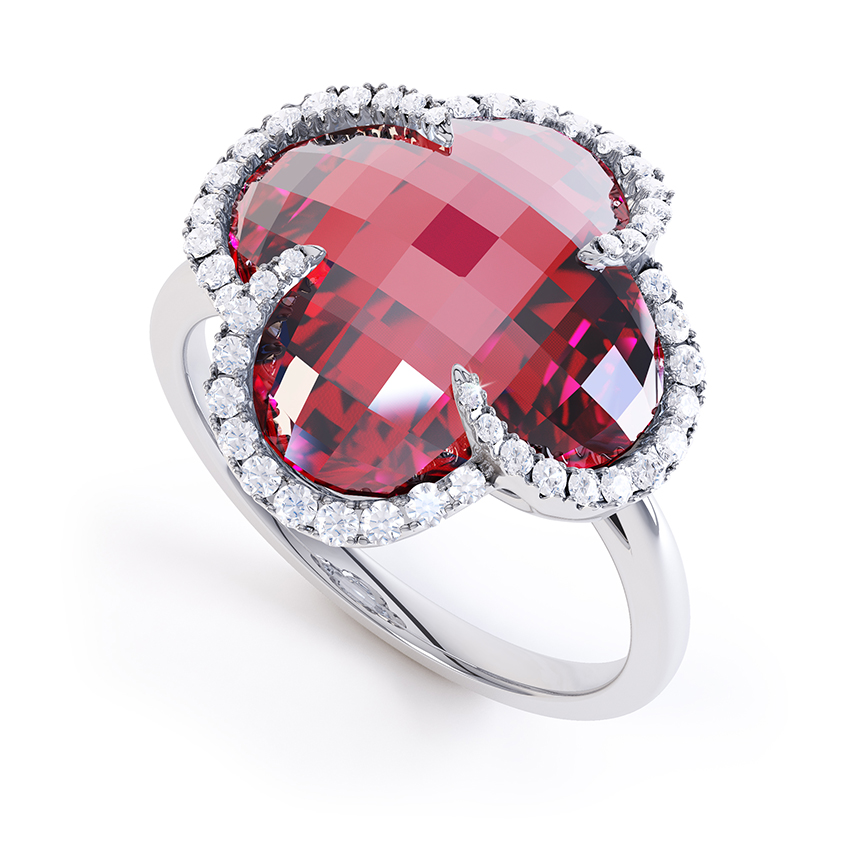 Garnet is the birthstone for January

Anyone celebrating a birthday at the start of each year benefits from Garnet for their birthstone.

Associated with a dark red colour, gem Garnets come in many different hues and in a variety of colours.

Rich in colour, transparent and inexpensive, garnet makes an affordable choice when it comes to jewellery for a January birthday or anniversary.

Most sources of Garnet originate from a sedimentary rock with high aluminium content—such as shale. To explain, the rock becomes metamorphosed under great heat and pressure, Garnet forms.

Garnet comes in many different colours. For example, green, red, yellow and orange. In addition, these birthstone gemstones occur in many shapes and sizes.

Our example below comes from our limited-edition gemstones available from our Ryde showroom or from our online shop.

Garnet makes an excellent alternative to Ruby. In particular, when you consider the cost difference. Similarly, most jewellers work with gem-quality Garnet within their gemstone birthstone selections.

Garnet is fairly hardwearing, measuring 6.5 – 7.5 on Mohs Scale. Therefore, it makes a popular choice for birthstone rings in addition to many other types of jewellery. In fact, jewellers favour this gemstone which debuts in the month of January. Furthermore, it makes a perfect introduction for the Valentine’s Day season.

Many sources suggest that Garnet is sensitive to heat. Therefore, we recommend care during jewellery making where high temperatures are used.

This gemstone varies considerably in its chemical composition and crystal structure. In fact, many varieties exist as outlined below.

Uvarovite: Rare, dark, rich green usually in small sizes and compared by many to Emerald.

Almandine Garnet: Most common gemstone in the Garnet family—available in many colours. The blend of almandine-pyrope forms the deep red variety most people associate with this popular gemstone.

Andradite: One of the rarest varieties of Garnet. Some suggest this type of gemstone has even more fire than diamond. Green demantoid is highly valued amongst collectors.

Grossular: Available in many colours. This type suits jewellery with bright and vivid colours with the exception of blue.

The Spessartite-Grossular-Pyrope color-change Garnet can show a change of colour from light blue-green to purple depending on the fluorescent light source. In addition, daylight results in the colour showing as a light red to purple-red.

Gemmologists and gemstone dealers further categorise many varieties into sub-divisions depending on their colour. For example, demantoid is a vivid green variety of andradite that’s highly coveted by collectors.

Tsavorite and Hessonite are types of grossular. Tsavorites are green, but Hessonite varies between orange and orangish-red to brown-red. Rhodolite is a purplish red version of the gemstone.

Garnet can make an ideal gemstone for an engagement ring. In particular, when favoured to Ruby as a less-expensive alternative. Furthermore, it contrasts very well when used as a centre-stone with April’s birthstone – diamond.

Most of our ring designs can be set with this intense birthstone instead of a diamond. In addition, this gemstone adds full contrast when set alongside brilliant white diamonds. As displayed here in our Sienna engagement ring.

The garnet and diamond halo necklace was introduced into our showroom ready-made collection. At the heart of the pendant, a 4.87-carat red garnet provides intense vibrant colour, surrounded by 1.08 carats of 100% ethical lab-grown diamonds.

The necklace has been crafted in 9-carat white gold and provided with an 18-inch trace chain suspended from the articulated loop.

The post Garnet – January’s Birthstone and the Beauty of the Red Gemstone appeared first on Serendipity Diamonds Blog.

Januarys Birthstone is the incredible Garnet.

Shown here featuring a 1.26ct Round garnet, our local clients selected this particular gemstone. Set alongside brilliant white diamonds in the halo and shoulders. Garnet also makes an affordable alternative to Ruby, with many shades and carat weights available to select from. Contact our friendly team for any information on this gemstone, or if you would like a Garnet piece created.