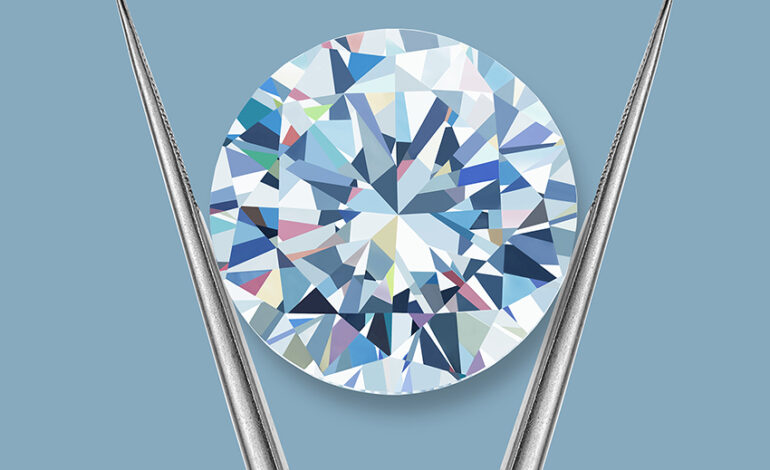 What does Si3 clarity mean?

Si3 diamond clarity describes the quality of a diamond’s clarity. Experts grade diamonds on a scale from Flawless (FL) to Included (I), with SI3 falling on the mid to lower end of the scale.

Remember, Si means slightly-included three and not S-thirteen as some people might mistake it for.

Example of an Si3 clarity diamond

We describe Si3 diamonds as “moderately included” diamonds, which means that they have visible inclusions or blemishes when viewed under 10x magnification. These inclusions can affect the diamond’s appearance and, in some cases, its durability. However, they are generally not visible to the naked eye, so they do not significantly impact the diamond’s overall appearance.

The presence of inclusions in a diamond is a natural occurrence and is not necessarily a flaw. In fact, many diamonds have some inclusions, and these inclusions can sometimes add to the diamond’s character and uniqueness. However, the more inclusions a diamond has, the lower its clarity grade and the less valuable it has.

We strongly recommend looking at any diamond before making a purchase. In our experience, many diamond sellers boost the grades of uncertified diamonds. But, by looking at the diamond in person, most people can judge for themselves if the diamond is close to eye-clean.

In terms of appearance, such diamonds may have some visible inclusions. But, they are generally not noticeable unless viewed under magnification. The inclusions in these diamonds are typically small and do not significantly impact the diamond’s overall appearance.

When it comes to durability, Si3 diamonds may be slightly more susceptible to damage than diamonds with higher clarity grades. This is because the inclusions in the diamond can create weak points. For example, inclusions breaking the surface can make a diamond prone to chipping or breaking. However, with proper care and handling, an SI3 diamond can still last a lifetime.

One important thing to keep in mind when considering an Si3 diamond is that no two diamonds are exactly alike. The inclusions in each diamond are unique, and the overall appearance and quality of an SI3 diamond can vary greatly. It is important to carefully inspect the diamond before purchase. At the same time, we recommend buying from a reputable jeweller. Also, request a diamond grading certificate with any larger size of a diamond. A diamond grading report includes detailed information about the diamond’s clarity and inclusions.

Surprisingly, Si3 does not represent an official clarity grade. However, many diamond specialists consider there to be too great a difference between grades on either side—SI2 and I1. As a result, Si3 became popular as a way to describe a good I1 diamond or a low SI2 clarity diamond.

Over the years, many diamond merchants have called for official adoption of this grade by laboratories such as GIA and IGI.

However, owing to the unofficial grade of such diamonds, it can be very difficult to source a certified diamond in this clarity grade. Some organisations such as IGR work with diamonds of this clarity as shown in our example below.

In conclusion, SI3 diamond clarity refers to the quality of a diamond’s clarity. Si3 diamonds feature a moderate concentration of inclusions. As a result, they display visible inclusions when viewed under magnification. These inclusions do not significantly impact the diamond’s overall appearance, but they can affect its durability. Si3 diamonds are a good choice for those who want a beautiful diamond at a lower price.

This brief video shows a 365-degree video of a Si3 clarity diamond, as outlined in our blog article explaining the significance of this lesser-known diamond clarity. Read more on the Serendipity Diamonds website. https://www.serendipitydiamonds.com/blog/si3-clarity-diamonds-meaning/