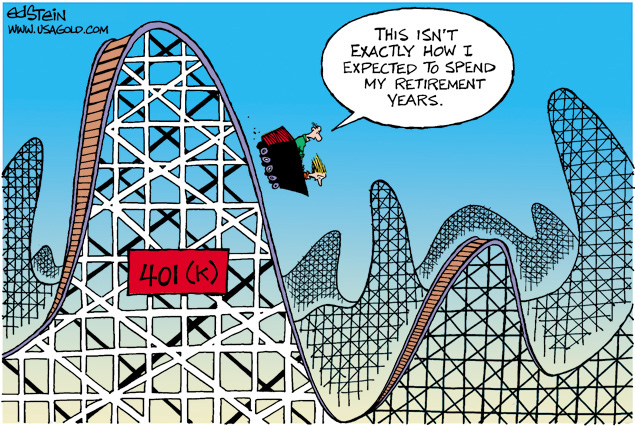 “Stifel, Nicolaus & Co. economists Lindsey Piegza and Lauren Henderson said they think that even a 7% federal funds rate may be ‘understating’ how high the Fed’s benchmark interest rate likely needs to go. Calculations show that there’s a possible need ‘for a federal funds rate potentially 100-200bps higher than [Bullard’s] suggested upper bound,’ they wrote in a note. In other words, a federal funds rate that gets to between 8% and 9%, versus its current range of between 3.75% and 4%.”

USAGOLD note: It does not take an advanced degree in economics to predict how an 8% or 9% lending rate would be received in the stock and bond markets. It is interesting to note in this context that the average 401K is down 20% thus far this year, according to Fidelity Investments. Where would its value be if rates were at 8%-9%? By the way, Bullard, not Powell, in our view, is the true Volckerian in the current mix of Fed officials.