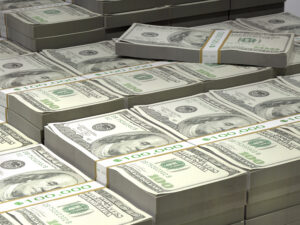 “In finance, everything is about marginal flows. These matter the most for the largest marginal borrower — the US Treasury. If less trade is invoiced in US dollars and there is a dwindling recycling of dollar surpluses into traditional reserve assets such as Treasuries, the “exorbitant privilege” that the dollar holds as the international reserve currency could be under assault.”

USAGOLD note: Zoltan Pozsar, the head of short-term rate strategy at Credit Suisse, believes that China’s deepening ties with OPEC+ and BRICs+ will alter the “existing world order” and “eventually lead to ‘one world, two [monetary] systems.’” Investors, he says, will have to discount new risks. If he is correct that the dollar’s exorbitant privilege could be undermined, it will carry important implications for gold.