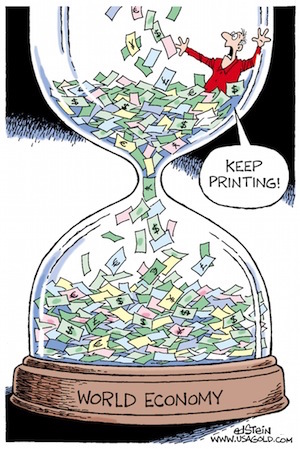 “The great quantitative easing experiment was a mistake. It’s time central banks acknowledge it for the failure it was and retire it from their policy arsenal as soon as they’re able.”

USAGOLD note: It is easy to say that we should retire quantitative easing from the Fed policy arsenal “as soon as they’re able’” but difficult to do. Every attempt, wherever it has been attempted (including the United States), has ended in failure and reversion. A colossal mistake, indeed ………