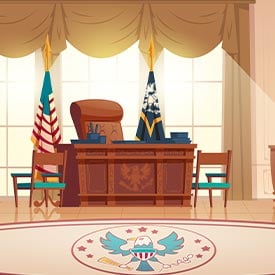 Joe Biden entered the Oval Office with relatively low approval ratings. The botched withdrawal from Afghanistan, an economy in decline, rising consumer prices, and potential scandals simmering in the background haven’t helped his approval ratings over the past two years.

News broke over the weekend that Biden’s Chief of Staff, Ron Klain, will be stepping down. The speculation is that Klain may just be the first among staffers who might abandon ship in the weeks ahead.

The corporate press now seems to be turning on the president, after having previously downplayed the “laptop from hell” story and other big stories.

But the latest imbroglio surrounding the discovery of classified documents stored illegally in multiple locations is getting traction in the press.

It is early, but Biden may be in serious trouble. If Biden is forced out of office in disgrace, either by resignation or impeachment, it is bound to have an impact on markets. 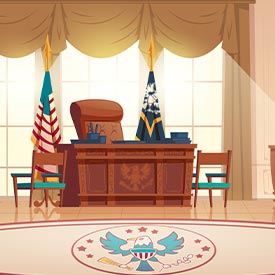 Given Biden’s historic low approval, it would be reasonable to expect the equity markets and risk assets could rally on the news. A new presitdent taking the reins in 2025 or sooner would generally be expected to boost confidence amongst investors.

The complication is that Vice President Kamala Harris may be perceived as less competent than Biden. So, it isn’t clear at all how markets would respond.

Democrat party leadership may prefer to install a stronger candidate than Harris. Whoever might replace Biden would be the presumptive nominee for the 2024 Presidential run. However, Harris received scant support during her bid for President in the 2020 primary.

Removing Biden and avoiding Harris as his replacement may be tough to pull off.

When it comes to the retail bullion markets, the actions of Kamala Harris may create just as much rationale for gold and silver ownership as Biden, perhaps even more so. Investors could see strong demand for physical metal continue or even accelerate.

The potential impact on conventional assets, including stocks and bonds, is less certain.

What is certain is that regardless of who occupies the White House, the nation’s fiscal outlook will continue to deteriorate under the pressure of unrelenting deficit spending, rising borrowing costs, and inflation.

As doubts about the government’s ability to pay its bills grow, so will the appeal of hard assets as safe havens from the U.S. dollar and conventional financial markets.