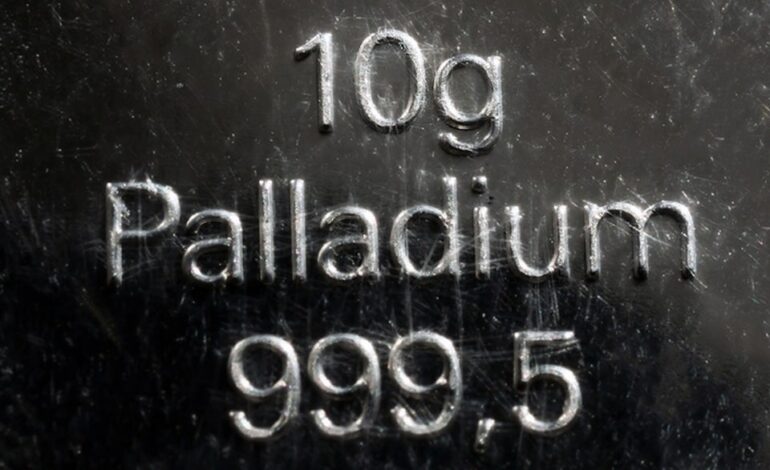 The precious metals market is dominated by gold and silver due to greater demand and familiarity among investors when compared to other valuable metals. However, every precious metal has unique characteristics, value, and advantages. If you’ve been exploring different metals for investment, you might have come across palladium as a potential option. Before skipping over this valuable and scarce precious metal for its more common counterparts, find out how it could help increase the diversification and security of your portfolio. 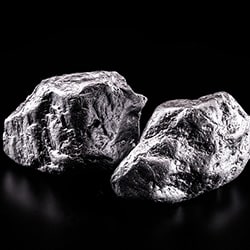 Palladium is a shiny metal with a silvery-white appearance. It’s a member of the platinum group of metals along with rhodium and platinum. Palladium is extremely useful due to its malleability and resistance to corrosion at normal temperatures. It can catalyze (or initiate) chemical reactions between different elements without being consumed through a process known as catalysis.

What is Palladium Used For?

Palladium is most commonly used in the automotive industry for catalytic converters but enjoys a variety of applications including in jewelry, electronics, and dental components.

Learn How to Avoid Costly Rookie Mistakes & Invest in Gold Like a Pro!

Why is Palladium So Valuable?

When comparing palladium vs gold, many investors aren’t sure why palladium prices are higher when it’s a less popular investment. Gold has a long history of stability and growth which gives investors greater confidence. Alternatively, palladium was only discovered in the early 1800s. This shorter timespan doesn’t give investors as much to go off of when judging palladium’s merit.

The primary driving force behind palladium’s impressive rise in value is the metal’s unique supply and demand mechanics. The supply side is severely restricted for a few key reasons. Top producers such as Russia and South Africa aren’t consistent in their output because of poor infrastructure and a lack of internal investments. Palladium supply is also constrained by increasing environmental restrictions on certain mining practices.

Demand, on the other hand, has boomed over the past few years being mainly driven by palladium’s use in catalytic converters. The auto industry has faced mounting pressure to reduce vehicle emissions and palladium’s unique properties make it an essential element in the development of these parts. Most recently, Russia’s invasion of Ukraine strained already limited supplies, further driving up the prices of palladium.

What is the Current Price of Palladium?

Currently, the spot price of palladium sits at $1,768.66 an ounce. Keep in mind that spot palladium prices fluctuate continuously due to various market conditions.

Should You Own Palladium? Palladium may be a worthwhile addition to your precious metal holdings, but it depends on your investment goals. Some people build entire precious metals portfolios without any exposure to palladium, while others find it a valuable inclusion.

Generally, investors use palladium to diversify their precious metal portfolio by holding a certain percentage in relation to their gold and silver investments. It’s rare that palladium is made the primary holding because spot palladium prices tend to be more volatile than gold or silver prices.

When part of a diversified investment account or precious metals IRA, palladium can further protect your wealth from inflation and economic uncertainty. Here are some concrete reasons palladium is worth consideration.

There’s a massive industrial and commercial demand for palladium because of the metal’s diverse range of applications. This means palladium will remain highly sought-after independent of the conditions in the precious metals market. As mentioned before, however, palladium prices are volatile which can limit how quickly investor’s part with their investment.

Scarcity is one of the most influential factors determining a metal’s value. This is a positive for palladium which is 30 times rarer than gold. Plus, restrictive environmental policies limiting the extraction and mining of the metal have further constricted global supplies. Palladium’s relative rarity makes it a valuable investment option when used to strategically diversify a Precious Metals portfolio.

Precious metals are known for their tendency to rise in value in reaction to a drop in economic performance. This inflation-hedge characteristic is what makes gold and silver so popular. Palladium follows the same trend by offering investors reliable protection from inflation and other economic pressures.

Suggested Reading: Is Silver a Good Hedge Against Inflation?

Palladium is one of only four precious metals eligible for self-directed IRAs. Unlike mainstream retirement plans that restrict investors to stocks, bonds, and other paper assets, a self-directed IRA opens investors to a whole range of alternative physical assets. You benefit from the tax advantages of retirement plans when buying palladium through a precious metals IRA while getting additional protection from being exposed to this valuable metal.

Learn more by reading: How a Precious Metals IRA Works

What Are The Cons of Investing In Palladium?

No investment is without risks, and palladium is certainly no exception. As mentioned before, palladium prices experience greater volatility than gold prices and silver prices. This price instability is a symptom of the palladium market’s relatively small size. It doesn’t take as much to cause ripple effects as it would in the gold market.

Another potential risk is the uncertain future of fossil fuel vehicles. Catalytic converters, which eat up 85% of palladium’s industrial demand, aren’t used in electric vehicles. This could result in a prolonged drop in price until alternative uses for palladium are found.

Is Palladium a Good Long-Term Investment?

The future outlook of palladium’s value is promising. The metal is expected to remain in scarce supply especially as Russia, one of the metal’s largest exporters, remains ostracized from international trade.

At the same time, demand is anticipated to increase (for now) as the automotive industry invests in more catalytic converters to reduce carbon emissions. When properly proportioned within a diversified precious metals portfolio, palladium can be a valuable long-term investment.

How To Invest in Palladium

As with gold and silver, there are multiple ways to invest in palladium. These investments fall into two main categories: paper and physical assets.

Paper investments include exposure to ETFs, stocks, and mutual funds that trade palladium which exposes you to the price action of palladium without giving you tangible assets.

On the other hand, physical palladium assets allow investors to take control of their investments. There are palladium bullion bars and coins, like the 1 oz Canadian Maple Leaf Palladium Coin or the 1 oz American Eagle Palladium Coin, as well as other palladium bullion coins that come in various sizes, weights, and purities. Speaking with a Precious Metals Advisor can make it easier to determine the best way to invest in palladium based on your investment goals.

If you’re interested in learning more about investing in palladium, contact one of our Precious Metals Advisors via our live chat function or by calling (888) 812-9892. We’ll be more than happy to discuss how palladium may fit into your investment goals.

Can’t Keep A Good Man Down